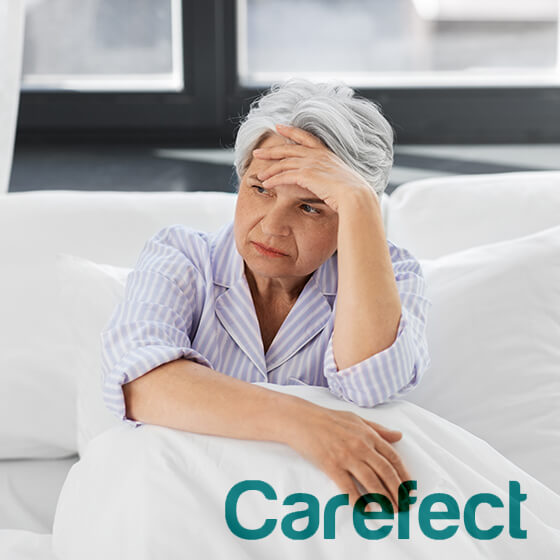 Due to the activism of mental health specialists and activists, mental health and illness is a concept that is becoming more normalized and accepted in society. Having a mental illness can be challenging, and even debilitating at times so it is important to consider effective treatment. Mental illness is treatable but often the treatment is not utilized due to the associated misconceptions and stigma. This is also compounded by the stereotypes regarding senior health and wellness, placing blame on aging, or dementia for cognitive decline. These myths are one of the underlying reasons seniors do not receive the treatment necessary to increase their mental health and quality of life. By understanding what the misconceptions are and addressing them we can dispel those myths.

The phrase, ‘Can’t Teach an Old Dog New Tricks’, is a stereotype that is often attributed to seniors. Seniors are considered set in their ways and this leads to the perception that they are resistant to change and treatment plans. The perspective is that seniors should not seek help because they will not respond positively to therapy. This means that seniors can suffer due to a lack of advocacy from their loved ones and primary caregivers because they are not being encouraged to seek treatment. However, seniors are often far more likely to stay up to date in current events than the stereotypes give them credit for.

In terms of pervasive mental health misconceptions, the most insidious is the idea that senility and dementia is a normal part of aging. This prevalent myth prevents seniors from getting treatment because their family thinks that the effects of dementia, such as memory loss and cognitive functional decline are a normal part of aging, rather than issues that can be treated. Dementia is considered to only be resulting from Alzheimer’s disease, however, sometimes the symptoms of dementia are a result of vascular dementia: a stroke. In this context, mental acuity deteriorates because of a series of tiny strokes, called subcortical vascular dementia in the medical community. Only approximately ten percent of seniors are living with Alzheimer’s disease and cognitive impairment is also associated with depression which can improve with treatment.

Depression is a complex health illness as it can be a diagnosis in itself as well as a symptom of other health illnesses. Depression can be more severe in the elderly, but it is not actually more common. Approximately one-fifth of the elderly population suffers from mental illness and fortunately, mental illness, including depression, is treatable if it is not misdiagnosed.

Depression can lead to suicidal thoughts. Ensure you are aware of triggers and connect with your elderly loved one’s physician if you notice reactions to the following:

Myth #4: Addiction is not an Elderly Problem

Addiction is often glorified in the youth, but it is a growing problem in all age groups, including the elderly. Substance addiction can be rooted in physiological and psychological issues but can be treated if diagnosed appropriately. Due to the lack of diagnosis in seniors, addiction can worsen over time when left untreated. More than two million seniors are addicted to substances and this is a serious problem that needs to be addressed.

Ageism plays a huge role in the misconceptions and stereotypes that hinder the ability of seniors to get treatment. There is an ageist notion that seniors have outlived their productive years. This mindset is unethical and erroneous as seniors are fully capable of living fulfilling and functional lives in their families, friend groups, and communities. However, those who have this ageism mindset may not advocate for the treatment of seniors due to the cost and the effort. Seniors have the right to life-saving health care and mental wellness specialists because when seniors are mentally well, they are active and valuable members of our community.

The health and wellness of our elderly members of society are a critical part of keeping our community healthy as a whole. The stereotypes of seniors perpetuate the myths and misconceptions that hinder their ability to access appropriate treatment. Seniors and their families need to advocate for the truth behind myths and seniors’ access to lifesaving treatment.

We also recommend you check these related posts on family caregivers in our Home Care Services blog: