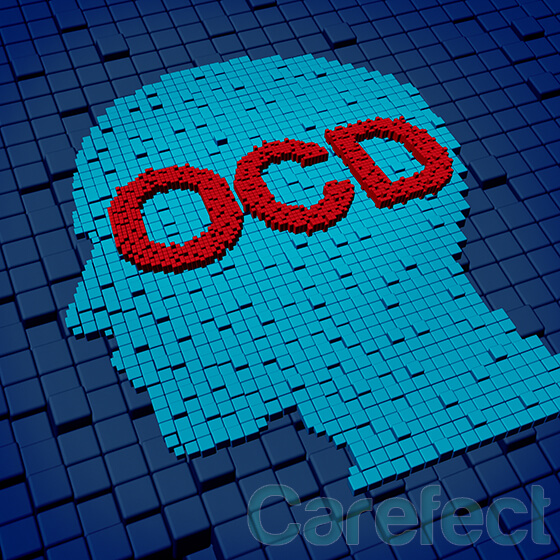 Obsessive compulsive disorder, otherwise known as OCD, is a mental disorder that is symptomatic of having persistent and distressing thoughts and rituals. These upsetting compulsions are developed in order to manage the increasing anxiety that these thoughts and rituals create.  OCD can vary from moderate to severe and can impact daily functioning, routine, and relationships. People with obsessive-compulsive disorder may struggle with day-to-day tasks and with changes in their preferred schedule. People with OCD often have anxiety when they do not feel in control of their thoughts and routine. This perceived lack of control can lead to the development of rituals and compulsions which can create further dysfunction. Performing these rituals is not enjoyable and provides only temporary relief from the increase in anxiety created by their obsessive thoughts.  Normally, OCD presents itself when a person is younger and is usually considered to be a lifelong disorder that requires therapy and medication.  However, if OCD develops later in life, it can be symptomatic of the onset of dementia or Alzheimer’s disease.

OCD is a mental disorder that affects almost two million North American adults and affects people of all genders in roughly equal numbers. There is research indicating that OCD may be hereditary and run in families. OCD normally begins to appear in adolescence except for when it is linked to dementia.  There is no direct evidence that links OCD and dementia however there does seem to be some indication that there are connections between the two conditions. It is noted that seniors who develop dementia may develop ritualistic behavior and obsessive thoughts that affect their daily functioning.  As it happens, emerging symptoms of dementia may seem to be obsessive-compulsive cycles that are characteristic of OCD. As with any mental illness symptoms and behaviors, it is important to connect with their family physician if a senior develops any dysfunctional behaviors or thought patterns.  Abnormal or distressing behaviors and thought patterns can be an indication of the development of anxiety, anger, depression, and dementia. Therefore, any new, distressing behavior should be documented and their doctor should be informed.

Often, compulsive behavior can begin with what seems to be a reasonable habit such as double-checking a locked door or that an appliance is off. However, what may seem to be a reasonable confirmation check, can lead to dysfunctional behavior when done repeatedly. Checking that a door is locked once is a good healthy habit, repeatedly performing this ritual regardless of how distressing it is to their daily function, is when it leads to compulsive behavior. Rituals may begin with a purpose, however as they become obsessive the ritual will no longer be connected to the purpose and it will become connected to the action itself in order to minimize the anxiety caused by obsessive thoughts. Seniors with OCD do not have active control over these rituals and are compulsive to fulfilling them. Common rituals may include counting items, rearranging for order and symmetry, a sequence of touching or checking, and may even lead to hoarding behavior.

OCD is a mental disorder and is best treated with therapy. As the heart of OCD is fear and anxiety, exposure-based psychotherapy by a licensed physician can be effective in creating a safe space for someone with OCD to become desensitized to their fears.  Family therapy can also be valuable as their friends and family may not understand that their OCD is non-consensual and they have very little control over their rituals and compulsions. Destigmatizing mental illnesses such as OCD can help families and friends be more understanding of why someone may be performing distressing behavior. This can lead to further support for that person in order for them to get the necessary help to improve their condition.  Medications may also be an important aspect of OCD treatment. For seniors with OCD, it may be valuable for them to receive personal care help from a professional in order to take the necessary medications punctually and have access to someone who can help them and document their behavior for their ongoing therapy. A personal caregiver can be a great resource for those who want to keep their elderly loved ones safe especially when they are suffering from a mental illness.

If you enjoyed this article, we also recommend these related posts in our Home Care Services blog: