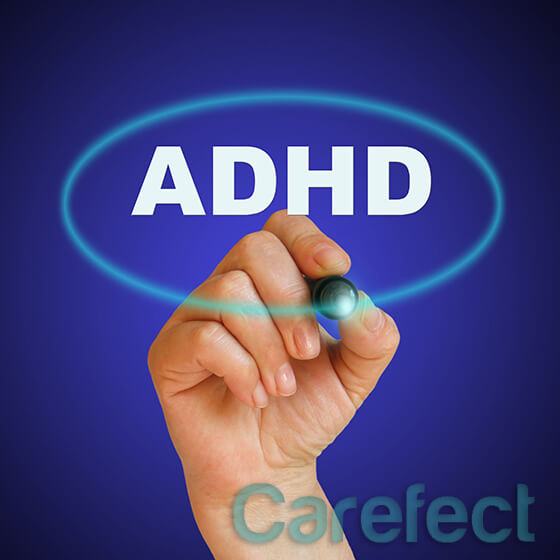 Attention Deficit Hyperactive Disorder (ADHD) is often associated with young energetic boys who are often getting into trouble. However, ADHD is a disorder that can affect all genders and all ages.  Symptoms of ADHD may worsen with age, especially for seniors, due to the aging of the brain and how ADHD is affected by cognitive decline. ADHD affects the brain and thus when cognitive function worsens, so do the symptoms associated with ADHD. Non-medical strategies that assist those with ADHD, such as exercise, sleep, and structured routine are all affected by aging and retirement. Therefore, ADHD symptoms can present more strongly in seniors, despite how underdiagnosed it is in that age bracket.

ADHD affects brain functions and because the brain changes throughout one’s life, from babyhood to puberty to adulthood and into the twilight years, ADHD symptoms will also change with age. Each person with ADHD will have a unique experience, but the overarching symptoms of ADHD in seniors are the following:

ADHD profoundly affects memory, often creating gaps in memory which creates a ‘Swiss Cheese’ effect. It may feel like your mind is a sieve with the sieve only catching part of the memories. Therefore, a senior with ADHD has an unreliable memory, which can be frustrating when trying to navigate daily life and important tasks such as doctor’s appointments and medication times.

ADHD also affects working memory, which is the memory function that people use on a moment-by-moment basis. Unlike long-term memory, where memories are stored in the hippocampus, working memory is the cognitive function of holding a thought in one’s head while applying it to another. Think about when you have tried to remember someone’s name during a conversation – at the moment, it can be difficult to hold onto the name of the person while also thinking about what they are saying and your response. This difficulty means that seniors will often struggle with their day-to-day tasks and remembering how to complete even simple chores. It also means that they can be easily thrown off course and are often distracted mid-task due to their lack of working memory.

Memory issues also lead to more functional problems such as misplacing important items, and not remembering important dates or appointments. They may forget words or names and feel that their mind is ‘blanking’. Nobody’s memory is perfect and these are common enough examples that all people may relate, however those with ADHD struggle far more and it impacts their life far more severely than the average person. The average person may forget a hair appointment but those with ADHD may forget vital doctor’s appointments.

Seniors with ADHD may also struggle with social skills and may not pick up on social cues that may seem obvious to other neurotypical people. Talking too much and interrupting others are common symptoms of ADHD and may come off as rude or obnoxious to neurotypical people. Those with ADHD have difficulty following conversations or instructions due to poor working memory. This means that they can often be distracted or forgetful even when you were speaking to them and this can give the impression that they are ignoring you or do not care. This is simply not the case – those with ADHD do care but struggle to maintain focus and remember many details all at once. They also struggle with maintaining social relationships when they are not in the same home. Due to their forgetfulness, they will often forget for long periods to reach out to their friends and family and may find it stressful when they do remember. This can lead to their loved ones feeling neglected or unappreciated, however, it is not coming from a place of apathy that seniors with ADHD do not reach out to. Memory loss is a tricky thing and it is often stressful to forget to reach out and then seniors with ADHD may feel embarrassed to do so after such a long period of time.

Seniors with ADHD will also feel embarrassed due to their struggles with even simple daily tasks. Often, seniors will feel overwhelmed by the hyperactive thoughts running through their heads and the stress of forgetfulness. This coupled with their executive dysfunction which hinders their ability to get tasks started and finished will usually lead to a messy and disordered house and life. This can lead to shame as their homes are often more messy, cluttered, and dirty than the average senior. This may stop them from reaching out to loved ones because they do not want to invite them over to a messy house. As well, those with ADHD often struggle with finances due to their forgetfulness to pay bills on time and impulse control issues which lead to overspending. Seniors with ADHD have been often saddled with years of poor financial choices and often struggle to dig themselves out of their debt.  It may be difficult for seniors with ADHD to make ends meet. This can also lead to shame and embarrassment because they may not be able to go out to eat or attend events as often as if they would like due to financial difficulties.

Being a senior with ADHD should not be a source of shame, however, after years of discrimination against those with mental disorders and disabilities, it can feel embarrassing to reach out for help. This shame comes from the social stigma of having an atypical brain and should be combatted with compassion, assistance, and understanding. Those with ADHD are often kind, creative, and brilliant thinkers however they are also forgetful, have challenges with executive function and have difficulty with social cues. Seniors with ADHD are worthy of love, and knowledgeable assistance regarding their ADHD symptoms. Contacting a doctor to discuss medication or holistic strategies would be an effective measure to give them control over their lives. As well, those with ADHD are often in need of some assistance, such as help organizing their calendar, and tangible reminders when to take important medication or attend important appointments. They may benefit from hiring a personal care worker to help them to do chores around the house because those with ADHD are often capable of doing chores but struggle to do them independently. Hiring a personal care worker can ensure that your senior with ADHD is taking their medication on time and staying safe, while also empowering them to tackle the difficult challenges in their day with someone who can help them when they get stuck with executive dysfunction. Seniors with ADHD are capable of independence with a few tangible strategies and a little bit of help to set them up for success.

If you found this article helpful, we also recommend you check these related posts in our Home Care Services blog: